"Who are the Britons?" 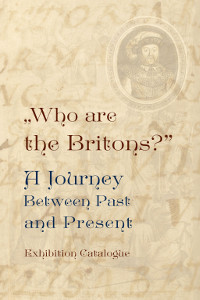 The Klimo Library, founded by Bishop György Klimo in 1774, is part of the History Collection Department at the University Library of Pécs and Centre of Learning. The temporary exhibition located here presents material related to Great Britain. It offers a glimpse into the general, ecclesiastical, political and military history, the geography, the literature, popular culture, and even cuisine of the British Isles. The maps, books, and newspapers on display come from the collections of the University Library of Pécs and from private collections. They tell an intricate story not only about „those British” but about „these Hungarians” as well. The items in the collection contribute to the larger image of Great Britain that intellectuals in Hungary created in the course of three centuries. Although the exhibition includes more recent, twentieth-century items, the bulk of the printed matter exhibited in the showcases was acquired during the eighteenth and nineteenth centuries. It was during this period that Britain became a relevant model for Hungarians in their aspirations for national, political, economic and cultural modernization.    „Anglomania,” the heightened interest in English culture that swept across Europe beginning with the eighteenth century, was an important cultural phenomenon in Hungary as well. Writers developed an interest in the English novel: Fanni hagyományai [The Lagacy of Fanni, 1794] by József Kármán was inspired by Samuel Richardson’s Pamela. The writer and language reformer Ferenc Kazinczy was impressed by English and Anglo-Irish authors, Lawrence Sterne among them, whose works he read in French and German translation. During the nineteenth century, the most prominent Hungarian poets of the century, Mihály Vörösmarty, Sándor Petőfi and János Arany, translated the plays of Shakepeare. Between the 1820s and 1840s, in the period referred to as the Age of Reform, Count István Széchenyi travelled to England in search of solutions for the economic, scientific and social challenges facing Hungary. On the other hand, in his essay „Szegénység Irlandban” [Poverty in Ireland, 1840] the writer József Eötvös pointed out that social, economic and political problems were endemic to Great Britain as well. In the first decades of the twentieth century, poets and prose writers grouped around the literary journal Nyugat [The West, 1908-1941], which published inspired translations from English and Irish literature.    One must note, however, that Hungarian intellectuals failed at times to perceive the complexities of British society, politics and culture: they tended to overlook the national diversity of Great Britain, and only took notice of the English. For example, the Irish regarded the Compromise of 1867, which remedied the semi-colonial situation of Hungary by creating the Austro-Hungarian Monarchy, as a viable model for Home Rule. However, Hungarians of the late nineteenth and twentieth century did not return their gaze: the Irish political predicament was hardly noticed. Moreover, such prominent figures of Irish literature and culture like William Butler Yeats and James Joyce were regarded, at this time, as English writers.